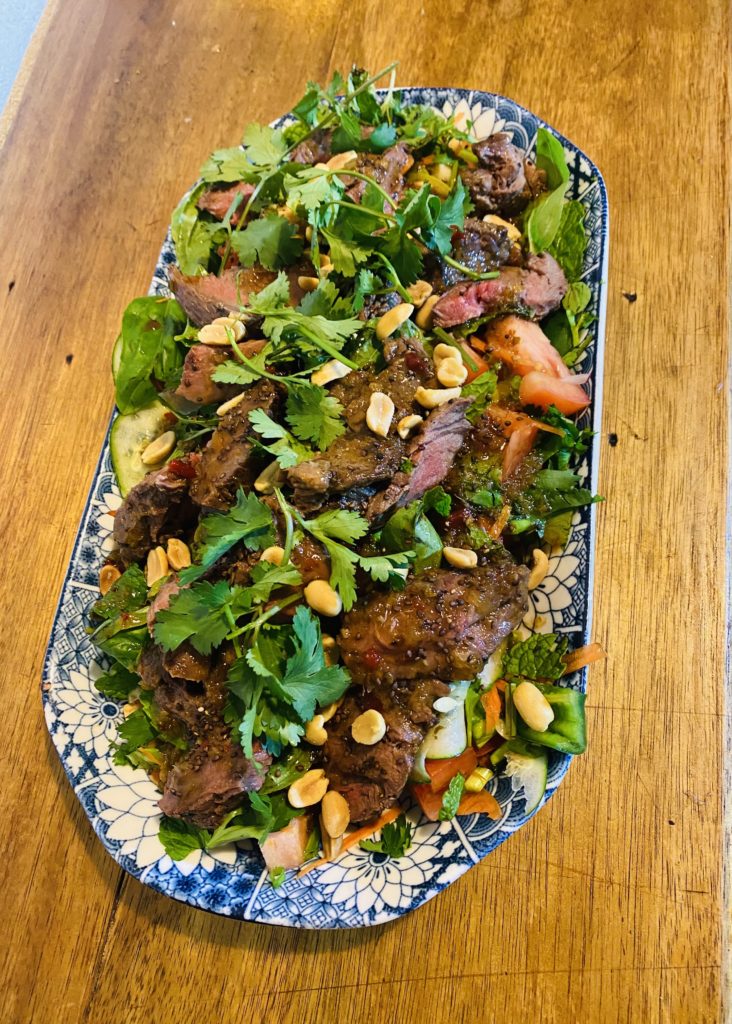 Here in Madagascar, not all ingredients for certain dishes are readily available at all times. That’s just the way it is in poorer countries, so of course, creativity and spontaneity are called upon when ‘one’ is craving a specific cuisine! My go to food is always Thai, as the flavours and spice do wonders for […]

RENOVATING A PETIT PIECE OF NICE! 28 Days to make this house our Home 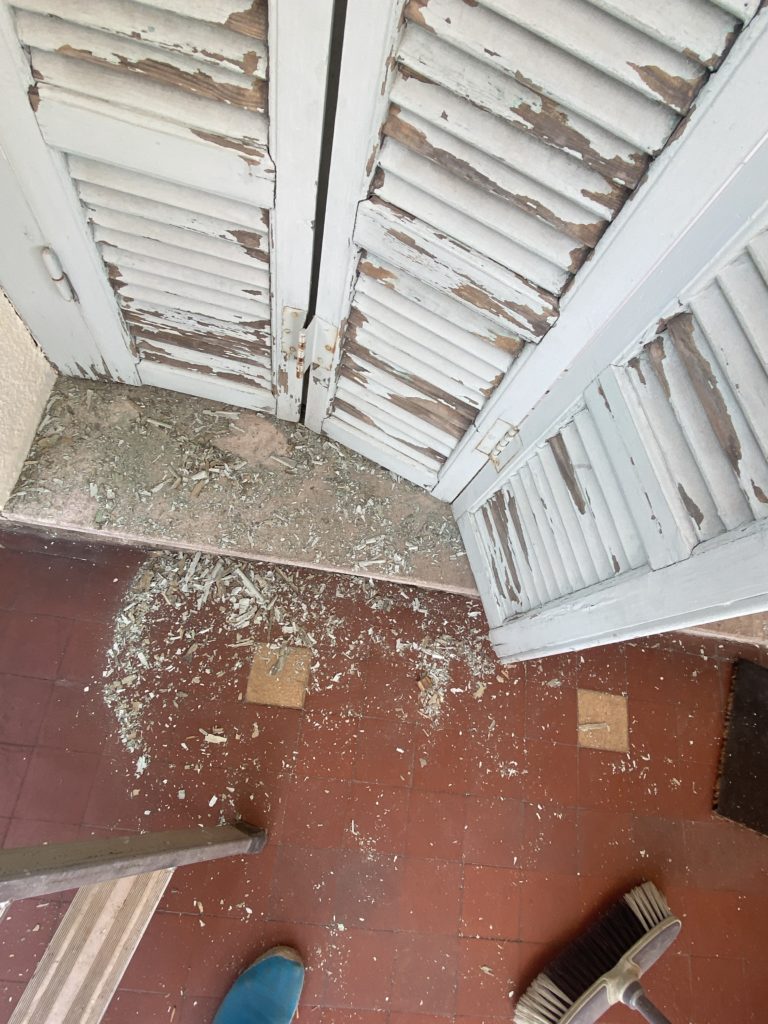 RENOVATE verb: do up (informal), modernise, redecorate, refurbish, rejuvenate, remodel, restore,revamp…update. As you can see, renovate is a complex word. Don’t get too excited, there was a lot to do, but completely gutting and re-modelling the place à la THE BLOCK (Australia) is not what occurred! I’m not going to brag that we pulled off […]

TO BUY OR NOT TO BUY? That was the question! The ordeals of searching for the Ultimate Apartment in Nice 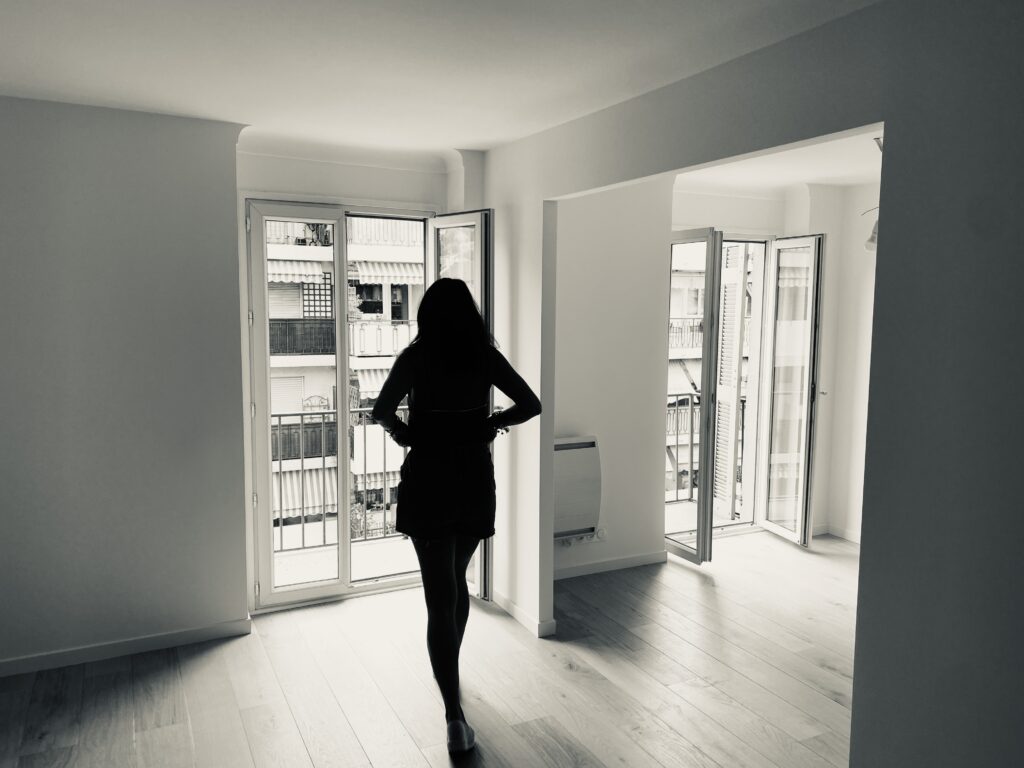 So we have (finally) bought an apartment in Nice, France! But this was not, however, a feat that was accomplished easily or quickly! MB (Monsieur Bleu) and I had spent many years (eight to be exact), getting whiplash from craning our necks upwards searching for À Vendre (for sale) signs carelessly attached to miniature Niçoise […] 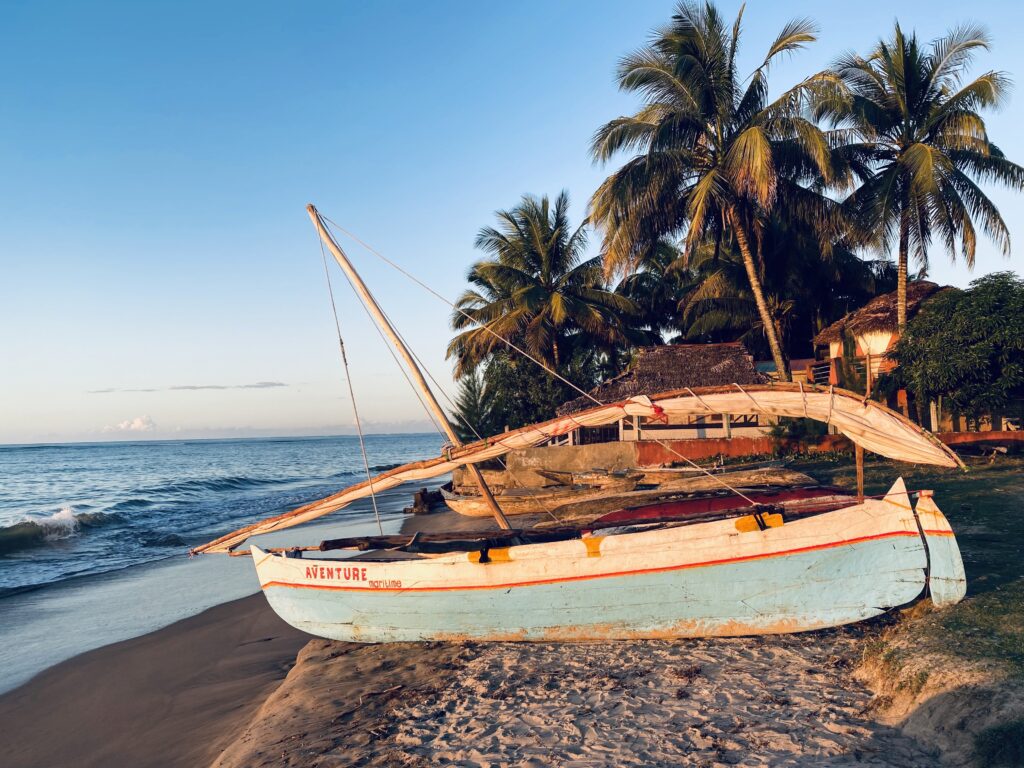 A mere 45 kms and an approximate 1.5 hour drive from Tamatave or Toamasina (give or take a few minutes due to some ‘interesting’ roads) lies an absolute GEM of a place called LA CIGALE, in FOULPOINTE. Foulpointe (pronounced full point) or Mahavelona, is the closest ‘beach bum’ destination from the main city centre and offers 20kms of unadulterated sand as far as the eye can […]

DAY ‘FRIP’ IN! – THE JOYS OF SECOND HAND CLOTHES SHOPPING IN MADAGASCAR 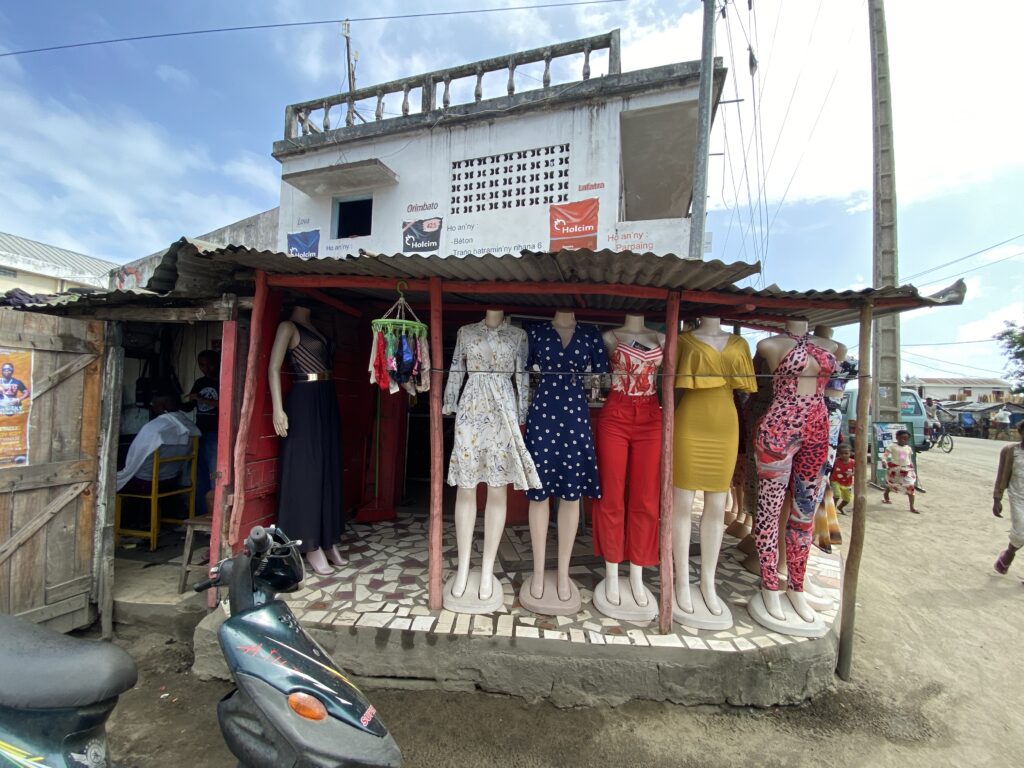 What the hell is a FRIP I hear you ask! Well, simply put, a FRIPERIE in French, means a second hand clothing store…a charity shop to you and I… but the money here, doesn’t go to a particularcharity like the Red Cross or St Vincent de Paul, but directly into the pockets of the poor […] 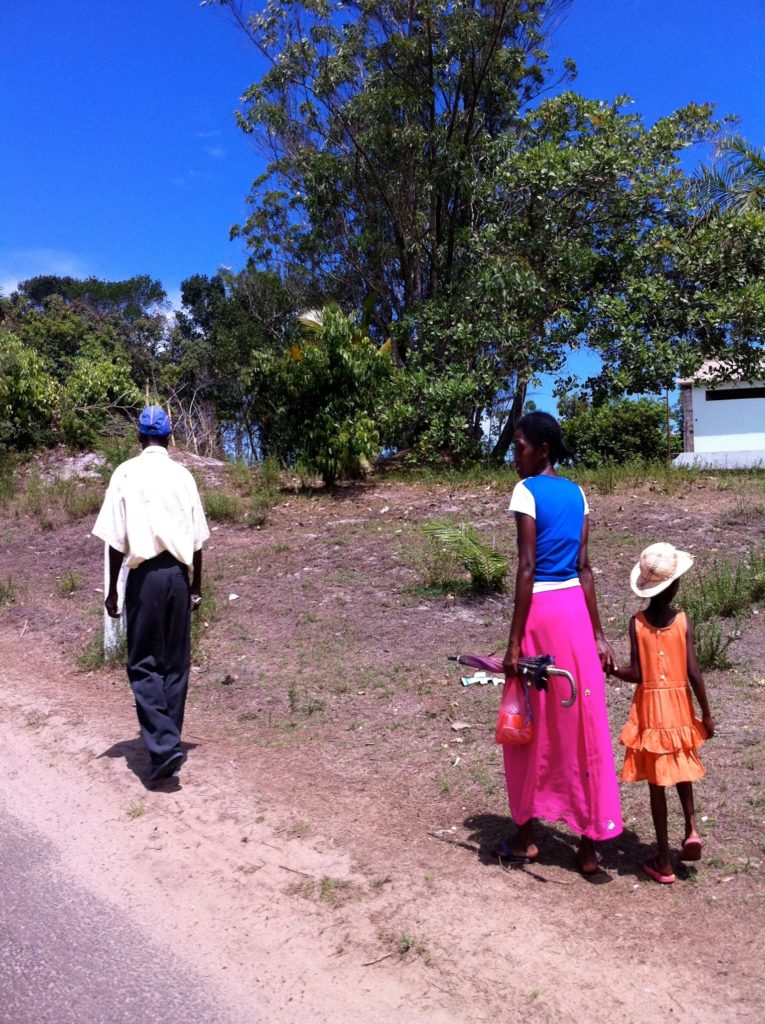 Two weeks down and so much to say! Who would have thought that the 4th time around tackling this huge and exotic island would present itself with as much gusto as I have encountered! Apart from atrocious weather, (torrential rain bursts every hour or so), it has now cleared to be the sun soaked, palm […] 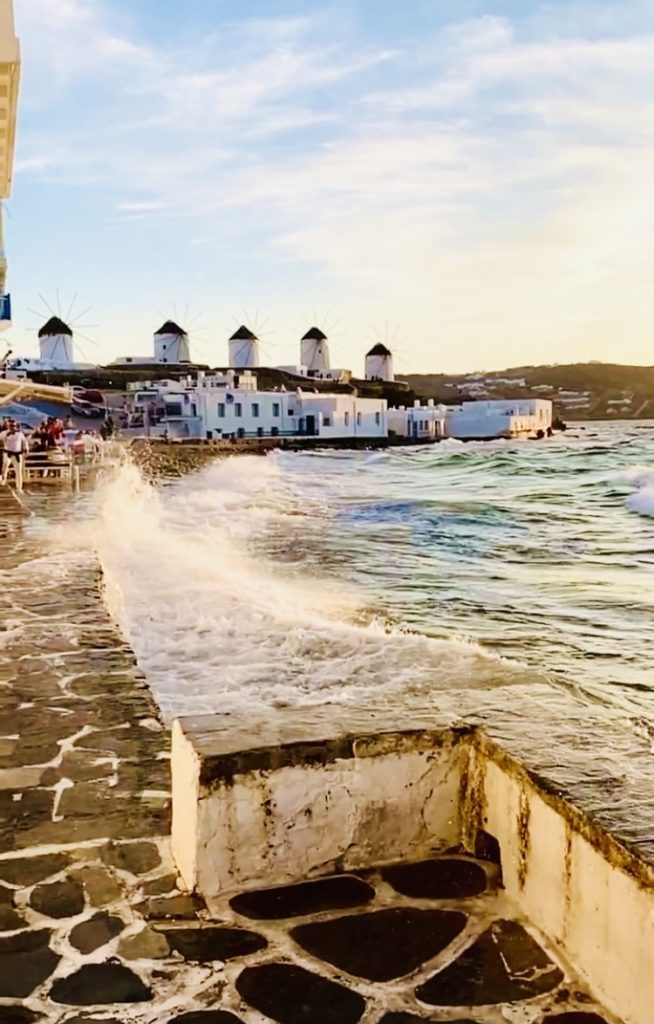 MYKONOS GREECE…eat, seek, ride, repeat! The last island in our Big Fat Greek Island Escape trilogy just HAD to be Mykonos and I don’t think it’s right to visit this Aegean archipelago and not include a trip around this iconic island haven! MB (Monsieur Bleu) and I were gradually making our way back to Athens […] 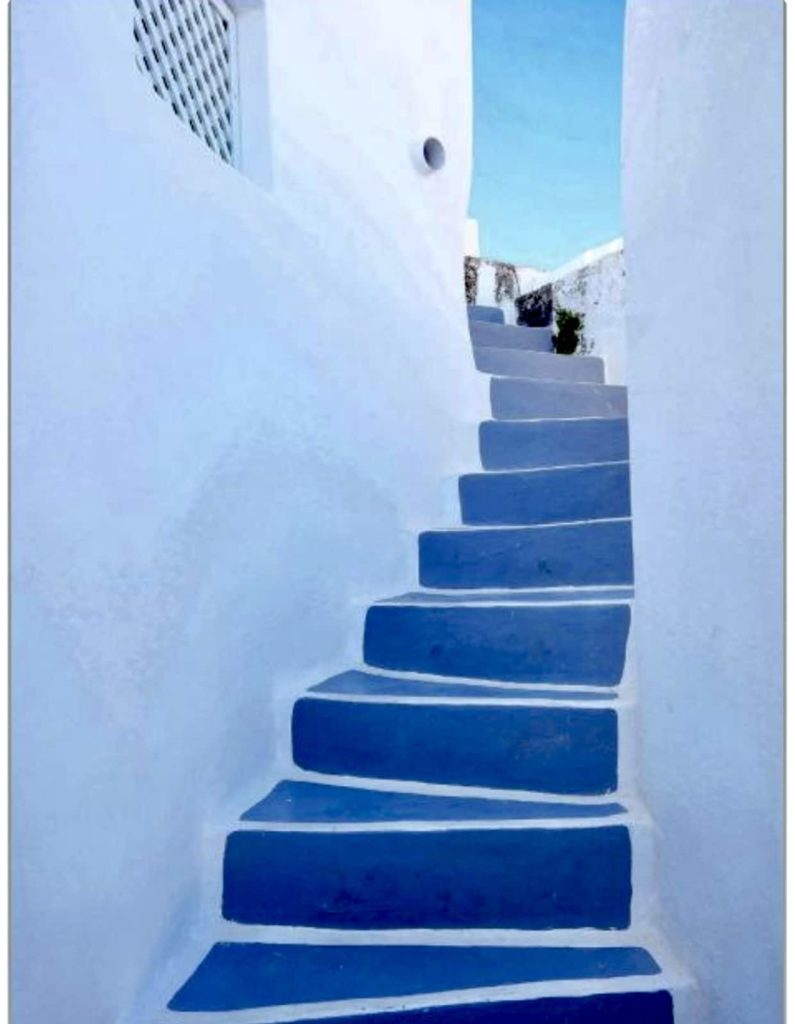 PAUSING IN PAROS (A slice of Paradise) After our sun and fun infused trip around glorious Santorini, MB (Monsieur Bleu) and I decided to take a ferry ride over to the smaller and more intimate island of Paros. Having entertained the idea (many moons ago) of purchasing a small beach house there to renovate, we […] 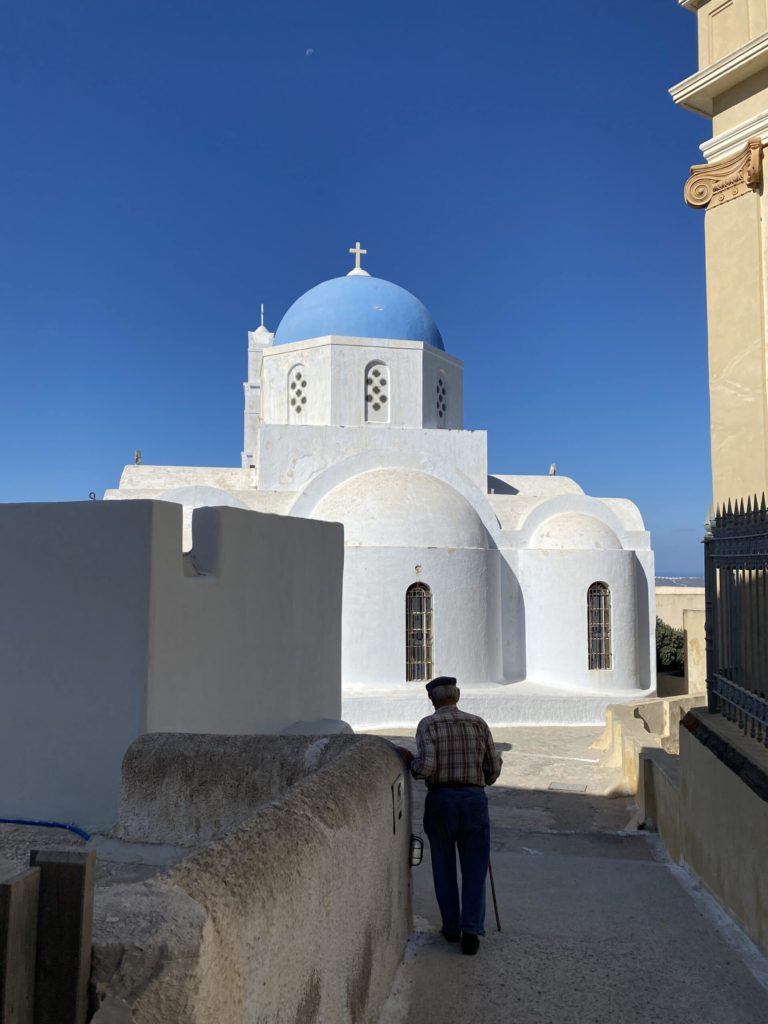 Clusters of lime washed hilltop villages are not just a figure of your imagination or a faded image on a dusty corner store postcard here in the Greek Islands. No! This breathtaking and eye blinding white scene is the heart of every little island here in the Cyclades, sporadically dotted with splashes of apricot for […]

GREECE IS THE WORD! EXPLORING THE BEST BITS OF ATHENS DURING COVID-19 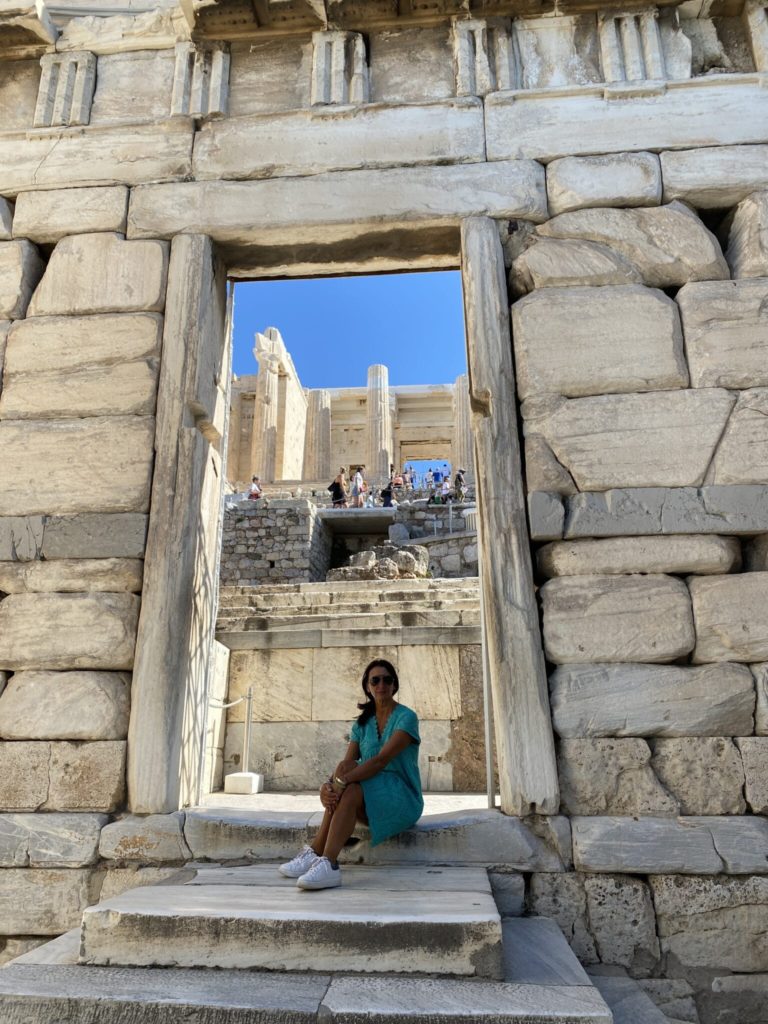 Choosing to escape to Greece in the middle of a global pandemic is not everyones immediate thought I’m sure, but when you are already nearby and there are cheap flights…well, why the hell not! I had been raving on about Greece to my darling MB (Monsieur Bleu) for about 11 years now, singing its blue […]